Creative “Need Marketing”: The Missing Link In The New Age Of Marketing

How best does an empire extend and retain its sphere of influence? Apart from the use of brute force are there any other means to “conquer” and do so through “friendship” and “attraction” rather than hostility? 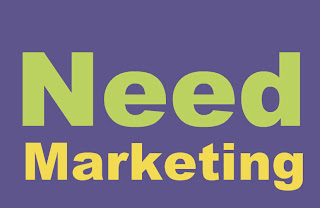 An important factor in the ’s successful expansion was their principle of inclusion for conquered peoples. Another strategy was to allow quasi-autonomy for the conquered without crushing them with taxes and tribute demands. The Romans therefore not only led through military and economic means but also had the ability to use strategy, diplomacy, culture and history in a way to shape the preferences of others – ironically, at times even those being conquered.

Long after the Romans had exploited their ability to achieve desired outcomes in international affairs through attraction rather than coercion, scholars branded such policy “soft power” and highlighted its importance in world affairs.

The phrase soft power - coined by Harvard’s Joseph S Nye  - refers to the ability to receive favourable treatments (based upon the general attractiveness of a country’s culture, ideals and policies) through attraction rather than coercion or payments. Having gained widespread currency soft power is now regarded as an important and comprehensive indicator of national strength.  Simply put, soft power is essential in raising and reinforcing a nation’s brand.

If the soft power approach can have such a huge impact on a nation’s brand then why not apply the same principles to benefit an organisation’s marketing and branding initiatives? In recent years some of the world’s largest marketing communications corporations have been discussing this very issue and exploring how soft power can shelter and grow brands and businesses.

In early 2011, Ogilvy & Mather chose as the venue to host the inaugural OgilvyForum, themed “Hard Talk on Soft Power”.  The main conclusion of the gathering was that, “The soft power opportunity is there to be taken, for Chinese brands and for as a brand…”.

"Why aren’t the multinational corporations of this world
such as Coca-Cola or McDonald’s properly exploiting the ginormous opportunities that need marketing offers?"

It is tempting to submit that lecturing the Chinese on the merits of soft power is not dissimilar to that of informing the Pope of the merits of Catholicism. What the creative brains at Ogilvy may have overlooked is ’s activity in this very field for more than half a century. During this period has identified and set out to implement a set of highly creative and targeted nation branding foreign policy strategies capable of winning the hearts and minds of strategically selected nations, governments and their citizens collectively.

At the heart of this sustainable strategy lies the simple definition of marketing – that of “getting someone who has a need, to know, like and trust you”. What has done is to take this one significant step further by actually providing real tangible solutions addressing critical “needs” and doing so without direct payment.

Take for example the so called “health diplomacy”, where has been providing much needed medical aid to African countries. The level of this commitment and the way it has been carried out is quite different to that of, say sponsoring a cause (such as malaria) and paying third parties such as a charities for the work they carry out in .

As a part of this strategy, having paid for and built hospitals in Africa, China then ingeniously sends government-paid Chinese medical workers to work and stay in Africa for extended periods of time.

Poor African families in desperate need of healthcare could be forgiven for thinking angels originate from . After all, they have Chinese designed and built hospitals, manned by Chinese staff and paid for by . If that does not pull all the right heart strings then most likely no other form of marketing or branding is likely to win your heart and mind as far as Brand is concerned.

Apart from winning the hearts and minds of the citizens this “gift” is often also of critical importance to the stability and survival of the receiving governments. According to ’s Ministry of health, by the end of 2010, had sent 17,000 medical workers to 48 African countries, treating 200 million patients.

Although this type of marketing may fall within the realm of soft power marketing it is far too powerful a tool not to have its own identity. At ClickTell Consulting we have coined the term “Need Marketing” to describe such a strategy.

Apart from being hugely beneficial to nations, need marketing (the process of identifying a critical need in a population and providing hands-on tangible solutions for that need at no cost to the recipients) offers corporations a smart way to connect at a deep emotional level with consumers and societies.


You may rightly ask the question; why aren’t the multinational corporations of this world such as Coca-Cola* or McDonald’s properly exploiting the ginormous opportunities that need marketing offers? Surely, should not such an opportunity appear as a huge red blinking dot on the radar screen of large marketing and communication agencies in charge of promoting such corporations? And if it doesn’t, why?

The answer we believe lies in the inadequate structure and working of today’s marketing agencies who insist upon continuing to address problems that are no longer amenable to single subject focus.

We are beginning to see more awareness and support for the notion that marketing agencies must evolve to survive. A recent Harvard Business Review (HBR) article supports this by identifying five missing attributes critical to the survival of marketing agencies and their clients.

Having identified and defined the term “need marketing” we believe it offers enviable opportunities to some of the largest global brands in existence today. However, as we have pointed out in response to the above HBR article, before this can happen “marketing agencies must, as a matter of urgency, restructure and re-engineer their culture and affairs so as to deliver solutions – real tangible solutions -  at a level to truly win the hearts and minds of their clients’ customers.”

* Although a step in the right direction Coca-Cola’s creative 2012 “Happiness Refill” project can at best be described as Utilitarianism Marketing.