Twitter: The psychology of why criticising it creates a defensive reaction

Questioner:
Why do you think people get so defensive when Twitter is criticised?
Malcolm Gladwell:
Weird, isn’t it? Do you think it would make matters worse if I admitted that I also hate the iPhone?
The above exchange took place during a New Yorker “Ask The Author Live” session where Gladwell was answering readers questions related to New Yorker article, “SMALL CHANGE, Why the revolution will not be tweeted”. 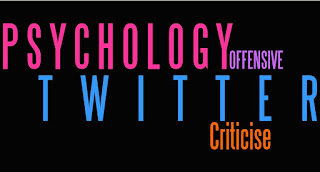 At ClickTell, we don’t think it is weird at all for the Twitterati of this world to get defensive when Twitter is criticised. Our Behavioural and Social Psychology Unit offers a logical and scientific explanation for such defensive forms of behaviour once a “commitment” (such as opening a Twitter or a Facebook account) has been made.
Close inspection of relevant research publications in peer-reviewed journals of psychology, reveal a wealth of proven techniques for gaining compliance from unsuspecting targets. Historically these powerful insidious tools of persuasion have been used by “highly successful” salesmen and the advertising world. However of late, the operating models of many social networking sites appear to be leveraging such techniques for the purpose of attracting and retaining users. This may or may not be a conscious decision made by these companies.
Commitment decisions (such as opening a Twitter or a Facebook account), even when found to be erroneous, have a tendency to be self perpetuating. That is, the person involved will often make up new reasons and justifications to support the wisdom of the initial decision – there is simply an inbuilt desire to be consistent.  We see this as one of the main reasons why, for example tweeters can get so defensive when Twitter is criticised.
There are a number of techniques available for strengthening the initial commitment level and the ensuing desire for consistency.  And yes, just as there are psychological techniques for gaining compliance there are also “weapons” for reversing the situation. Will you please contact ClickTell to  find out more?
Posted by ClickTell Consulting

Just wanted to say thank you !! ! Knowing the sort of forces at play has made me understand why I spend so so long on social networking sites This makes it much easier not to feel so bad with myself and to take the plunge.....This all is Not very different to addiction!!!!